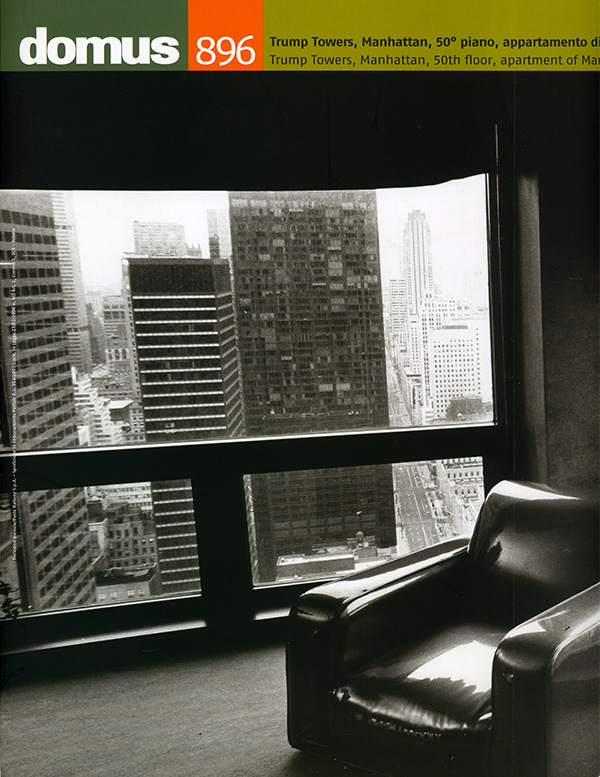 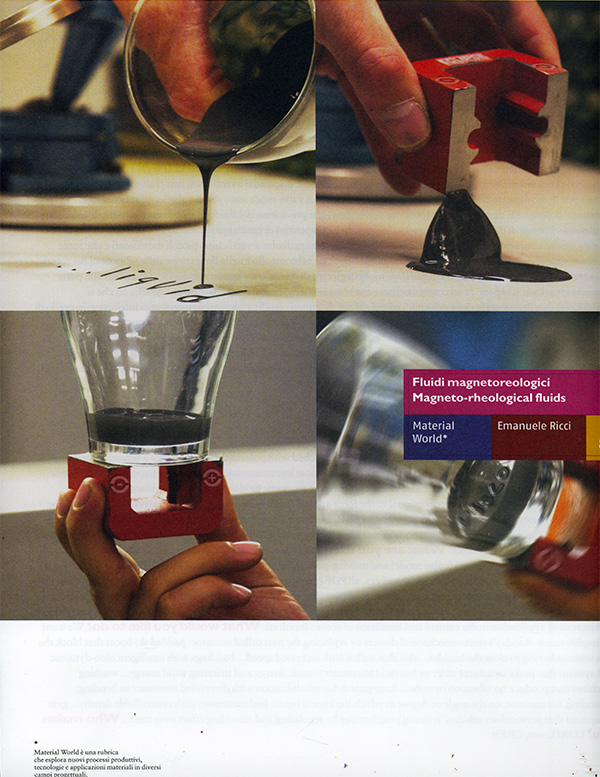 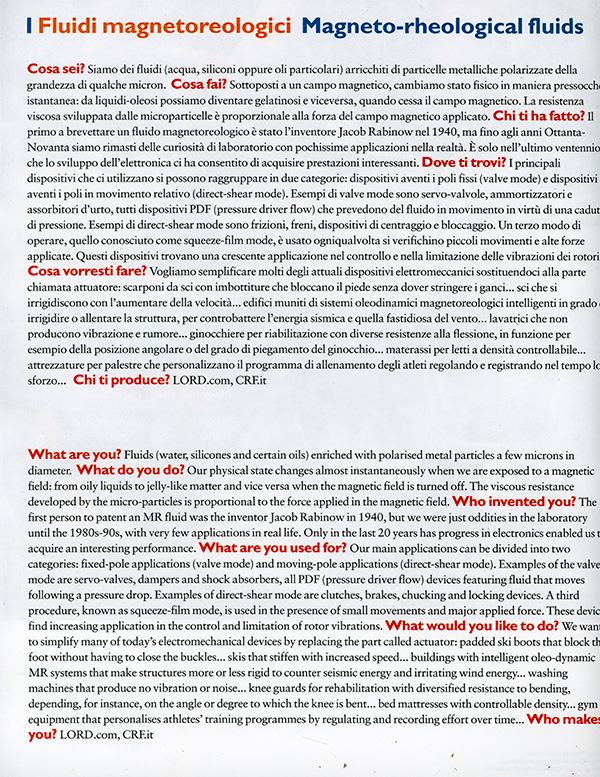 Our physical state changes almost instantaneously when we are exposed to a magnetic field: from oily liquids to jelly-like matter and vice versa when the magnetic field is turned off. The Viscous resistance developed by micro-particles is proportional to the force applied in the magnetic field.

The first person to patent an MR fluid was the inventor Jacob Rabinow in 1940, but we were just oddities in the laboratory until the 1980s-90s, with very few applications in real life. Only in the 20 years has progress in electronics enabled us to acquire an interesting performance.

Our main application can be divided into two categories: fixed-pole applications (valve mode) and moving-pole applications (direct-shear mode). Examples of the valve mode are servo-valves, dampers and shock absorbers, all PDF (pressure driven flow) devices featuring fluid that moves following a pressure drop. Examples of direct-shear  mode are chucking and locking devices. A third procedure, known as squeeze-film mode, is used in the presence of small movements and major applied force. These devices find increasing application in the control and limitation of rotor vibrations.

We want to simplify many of today’s electromechanical devices by replacing the part called the actuator: padded ski boots that block the foot without having to close the buckles… skis that stiffen with increased speed… buildings with intelligent oleo-dynamic MR system that make structures more or less rigid to counter seismic energy and irritating wind energy… washing machines that produce no vibration or noise… knee guards for rehabilitation  with diversified resistance to bending, depending for instance , on the angle or degree to which the knee is bent… bed mattresses with controllable density…gym equipment that personalised athletes’ training programmes by regulating and recording effort over time