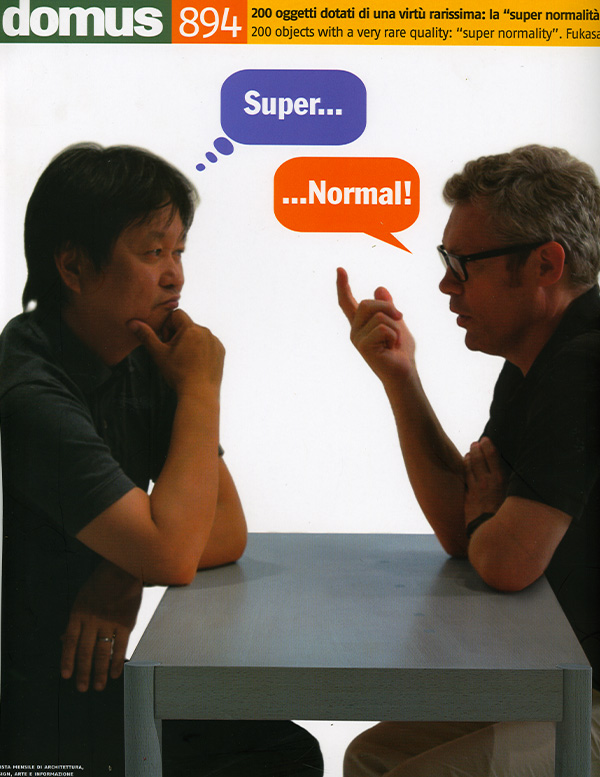 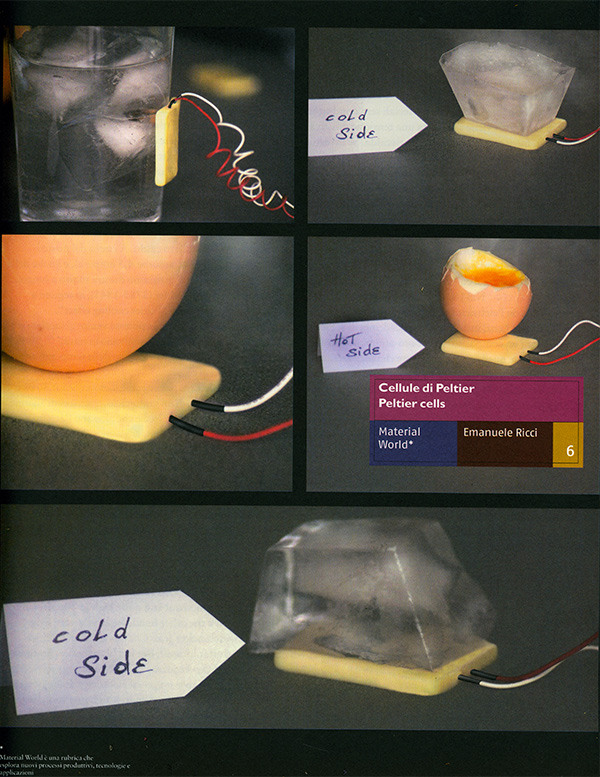 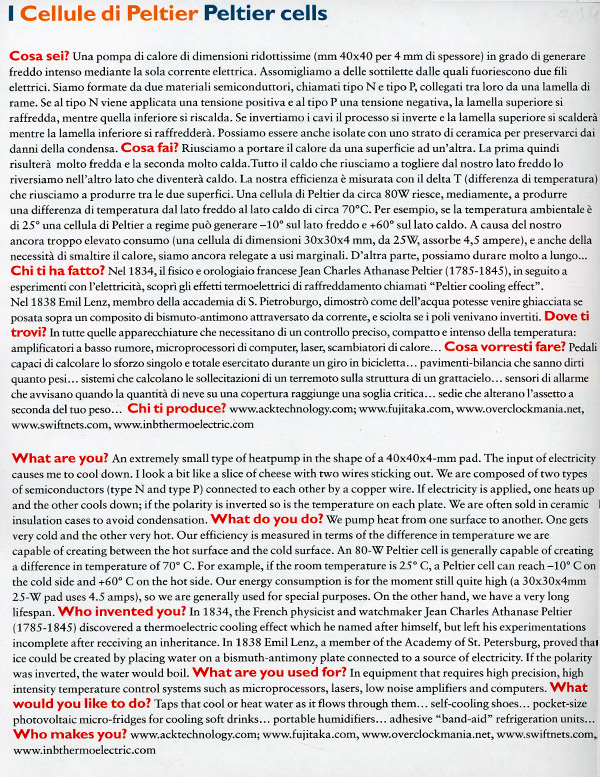 An extremely small type of heat pump in the shape of a 40X40-mm pad. The input of electricity causes me to cool down. I look a bit like a slice of cheese with two wires sticking out. We are composed of two types of semiconductors (type N and Type P) connected to each other by a copper wire. If electricity is allied, one Heats up and the other cools down; if the polarity is inverted so is the temperature on each plate. We are often sold in ceramic insulation cases to avoid condensation.

We pump heat from one surface to another. One gets very cold and the other very hot. Our efficiency is measured in terms of the difference in temperature we are capable of creating between the hot surface and the cold surface. An 80-W Peltier cell is generally capable of creating a difference in temperature of 70° C. For example, if the room temperature is 25°C, a Peltier cell can reach -10°C on the cold side and + 60°C on the hot side. Our energy consumption is for the moment still quite high (a 30 X 30 X 4 mm 25-W pad uses 4.5 amps), so we are generally used for special purposes. On the other hand, we have a very long lifespan.

In 1834, The French physicist and watchmaker Jean Charles Athanase Peltier (1785-1845) discovered a thermoelectric cooling effect which he named after himself, but left his experimentations incomplete after receiving an inheritance. In 1838 Emil Lenz, a member of the Academy of St. Petersburg, proved that ice could be created by placing water on a bismuth-antimony plate connected to a source of electricity. If the polarity was inverted, the water would boil.