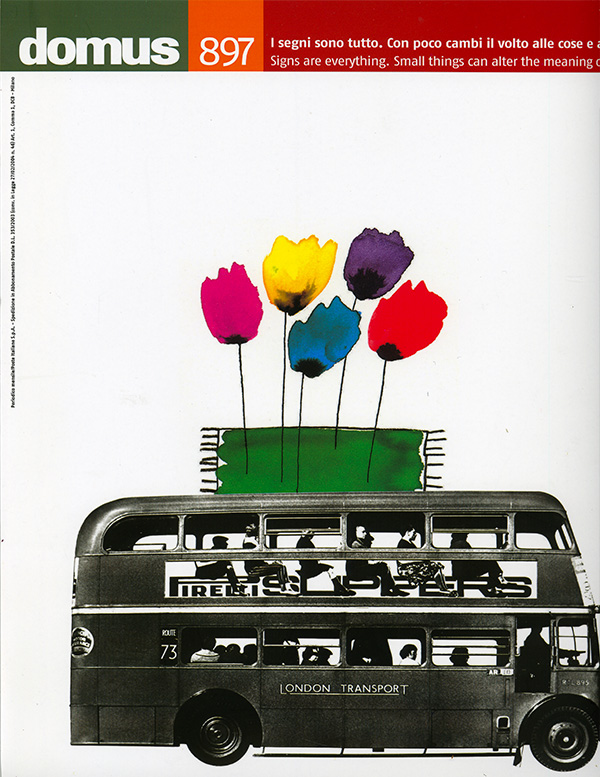 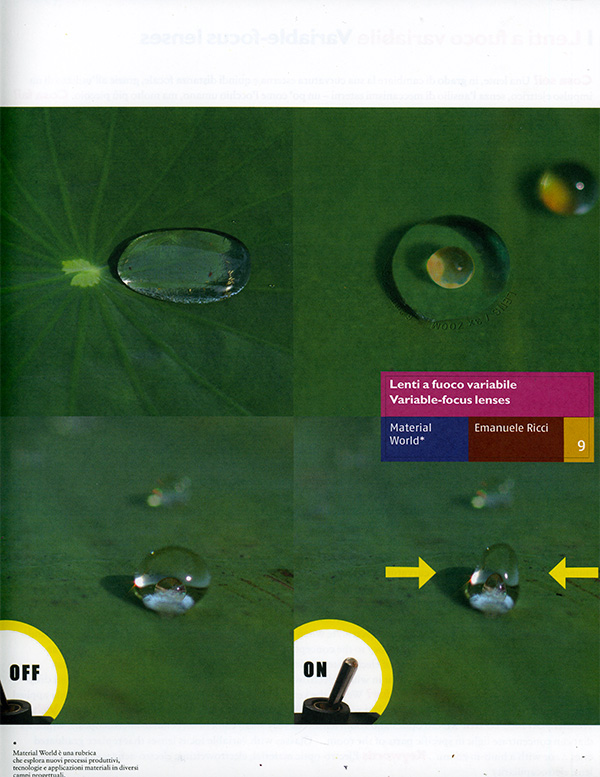 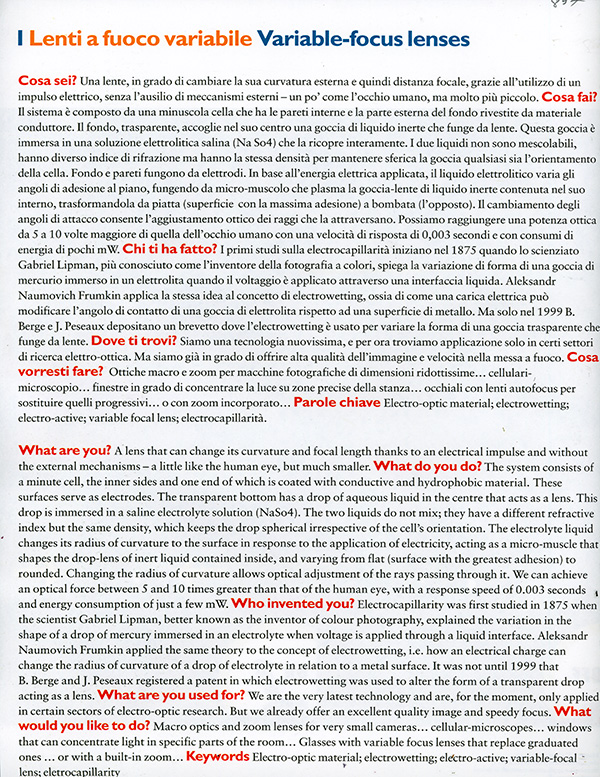 A lens that can change its curvature and focal length thanks to an electrical impulse and without the extreme mechanism-a little like the human eye, but much smaller.

The system consists of a minute cell, the inner sides and one end of which is coated with conductive and hydrophobic material. These surfaces serve as electrodes. The transparent botto​n​ has a drop of aqueous liquid in the centre that acts as a lens.

This drop is immersed in a saline electrolyte solution (NaSo4). The two liquids do not mix; they have a different refractive index but the same density, which keeps the drop spherical irrespective of the cell’s orientation. The electrolyte liquid changes its radius of curvature to the surface in response to the application of electricity, acting as a micro-muscle that shape the drop-lens of inert liquid contained inside, and varying from flat (surface with the greatest adhesion) to rounded. Changing   the radius of curvature allows optical adjustment of the rays passing through it. We can achieve an optical force between 5 and 10 times greater than that of the human eye, with a response speed of 0.003 seconds  and energy consumption of just a few mW.

Electrocapillarity was first studied in 1875 when the scientist Gabriel Lipman,  better known  as the inventor of color photography, explained the variation in the shape of a drop of mercury immersed in electrolyte when voltage is applied through a liquid interface. Aleksandr Naumovich Frumkin applied the same theory to the concept of electrowetting, i.e.  how an electrical charge can change  the radius of curvature of a drop of electrolyte in relation to a metal surface. It was 1999 that B:Berge and J.Peseaux registered a patent in which electrowetting was used to alter the form of transparent drop acting as a lens.

We are the very latest technology and are the moment, only applied in certain sectors of electro-optic research. But already offer an excellent quality image and speedy focus.