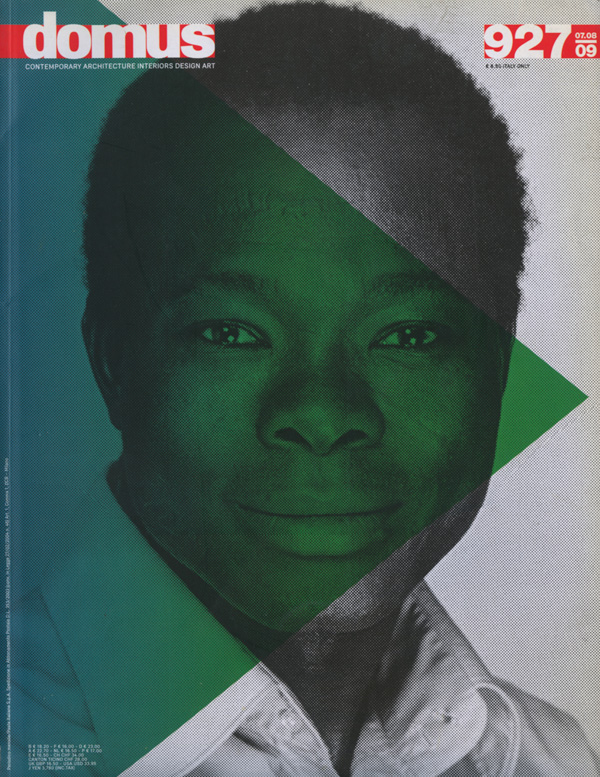 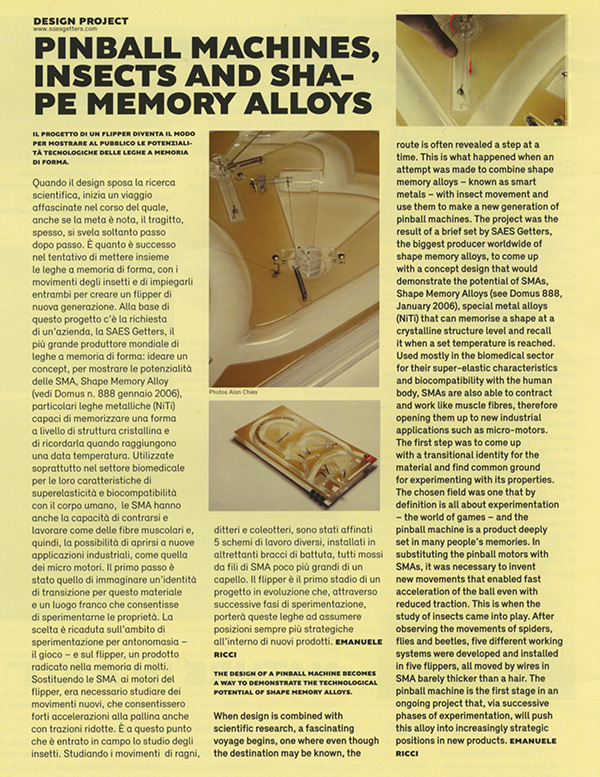 THE DESIGN OF A PINBALL MACHINE BECOMES A WAY TO DEMONSTRATE THE TECHNOLOGICAL POTENTIAL OF SHAPE MEMORY ALLOYS.

When design is combined with scientific research, a fascinating voyage begins, one where even though the destination may be known, the route is often revealed a step at a time.

This is what happened when an attempt was made to combine shape memory alloys-know a smart metals- with insect movement and use them to make a new generation of pinball machines. The project was the result of a brief set by SAES Getters, the biggest producer worldwide of shape memory alloys, to come up with a concept design that would demonstrate the potential of SMAs,Shape Memory Alloys (see Domus 888, January 2006) , special metal alloys (NiTi) that can memorise a shape at a crystalline structure level and recall it when a set temperature is reached.

Used mostly in the biomedical sector for their super-elastic characteristics and biocompatibility with the human body, SMAs are also able to contract and work like muscle fibres, therefore opening them up to new industrial applications such as micro-motors.

The first step was to come up with a transitional identity for the material and find common ground for experimenting with its properties.

The chosen field was one that by definition is all about experimentation -the world of games- and the pinball machine is a product deeply set in many people’s memories. In SMAs, it was necessary to invent new movements that enabled fast acceleration of the ball even with reduced traction. This is when the study of insects came into play. After observing the movements of spiders, flies and beetles, five different working systems were developed and installed in five flippers, all moved by wires in SMA barely thicker than a hair. The pinball machine is the first stage in an ongoing project that, via successive phases of experimentation, will push this alloy into increasing strategic positions in new products.